South Korea Takes the Lead in Ship Orders in September

Following the last year’s turmoil in the sector, shipyards from South Korea won the majority of orders worldwide in September 2017 and their order backlog increased for the first time in almost a 2-year period. 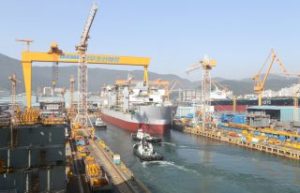 Switzerland’s Mediterranean Shipping Company (MSC) turned to Daewoo Shipbuilding and Marine Engineering (DSME) for eleven 22,000 TEU containerships which will be the world’s largest boxships based on TEU capacity.

In addition, Hyundai Heavy Industries (HHI) won an order from compatriot Polaris Shipping for the construction of ten VLOCs. As World Maritime News earlier informed, the contract for the ten 325,000 dwt ships is worth KRW 910.2 billion (around USD 800 million).

Another shipping company, Hyundai Merchant Marine (HMM), chose DSME shipyard for the construction of its five 300,000 dwt VLCCs. The order for the tanker quintet contains options for five more ships.

On the other hand, Chinese competitors clinched orders for 21 vessels with a combined gross tonnage of 890,000 tons.

During the last month, Japan was on the third place in terms of new shipbuilding deals with fourteen ordered ships.

Out of these ships, ten 82,000 dwt bulk carriers were ordered from Nissen Kaiun and the remaining four VLCCs from Nippon Yusen Kabushiki Kaisha (NYK) Line.

In the first nine months of the year, China ranked first with regard to order backlog with 217 vessels, followed by South Korea with 133 and Japan with 76 ships, according to Yonhap. 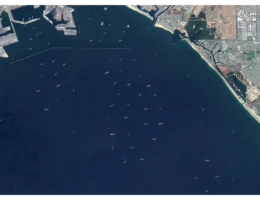 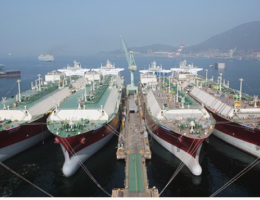 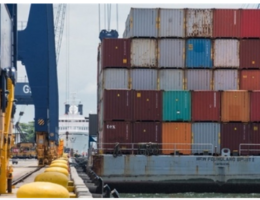